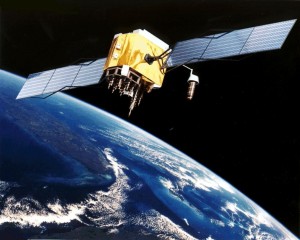 When people think of traditional banking, they often think of the building down the street full of tellers taking money into a vault. It’s associated specifically with traditional national currency and has been that way for years.

But what if someone decided to take a more science fiction take on the idea of banking? Something associated with a futuristic utopia or even one of the Futurama television series?

To SpaceBIT founders Pavlo Tanasyuk and Ian Angell, the invention of crypto-currency opened up opportunities that people one never thought were possible.

SpaceBIT’s goal isn’t just to utilize cryptocurrency banking, but bring it to underbanked people all over the Earth through a series of nano-satellites. They want to establish a secure, decentralized banking system that includes common, traditional banking services for users of crypto-currency. Focusing on un-banked populations, they want to show future crypto-currency users that ethical business and transparency can exist within the same realm.

The idea of space banking isn’t just a far off dream, either. In fact, Tanasyuk thinks it feasible now more than ever.

“We’ve created the business case and checked the feasibility of the technology, including costs, timescales and risks. We’ve checked the revenue potential and we’ve engaged with hundreds of interested individuals identifying the right team we need to proceed. We have done the necessary research and preparation to make sure that this project will work.”

The Future of Space Banking

When speaking with Coinfinance, the SpaceBIT PR team alluded to some features they’re looking at for the future. According to them, the company wants to create a vault for crypto-currency above the clouds.

“We will create a vault for crypto currency in space. It will be ran by a series of satellites. We are currently at the research and development of SpaceBIT framework and key elements. We intend to mature SpaceBIT hardware and software prototypes to TRL6 and begin integration with spacecraft systems. We will work together with academia, industry and the respective communities to prepare SpaceBIT for the market and raise awareness of its capabilities.”

According to SpaceBIT, they’re partnering with specialists from a slew of industries including finance, space, law, and technology. They also are partnering with traditional, land-based banks and exchanges due to government regulations.

“We believe that is important to stay fully compliant and transparent, while providing global access to our future users. Partnerships with banks will give us the possibility of providing traditional financial services with convenient and simple crypto payments on a global scale.”

Not only do they want to focus on banking, but they also want to delve further into space technology and mine, as well as track, asteroids. They also wish to explore the usefulness of 3D printing in space, but they’re in search of funding through their own cryptocurrency.

While the idea of space banking may seem too much like science fiction to some, SpaceBIT thinks now is the time. Calling on the words of Brock Pierce of the Bitcoin Foundation, they reiterated, “cryptocurrency in itself is a science fiction becoming reality.”

What do you think? Will SpaceBIT make it to the moon? Let us know in the comments below!

Photographs courtesy of Wikipedia and SpaceBIT

The post SpaceBIT Challenges Traditional Banking With Banking Above The Clouds appeared first on Bitcoinist.com.