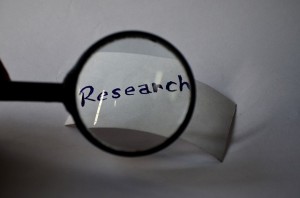 It seems as though financial figures from all over are beginning to take note of bitcoin, especially with the recent news of regulated exchanges. Every day, people are starting to see bitcoin appear in the headlines either from companies adopting it, its price rallying or falling, or making waves in the financial regulation sector.

However, education on the short history still seems to be an issue for people looking to learn all they can about the new currency revolution.

At Stetson University, their online Master of Accounting program decided to create an infographic detailing a comprehensive analysis of bitcoin, along with what it can be used for and how it works.

The infographic, featured below, first tackles the process of using bitcoin. Ownership of an amount of bitcoin changes hands and is recorded in the blockchain, bitcoin’s real-time, public ledger. In a sense, the blockchain is similar to a giant Excel spreadsheet that’s always changing.

Stetson University pointed out that the concept of bitcoin is likened to an old currency known as rai stones on the Pacific island of Yap. According to their research, the stones were so large that they could not be moved. Instead, ownership was recorded through oral history.

“Slowly, as more and more people took to the idea of bitcoins, there beginning to develop measurements and conversion systems that would allow them to be applicable in place of real currency for some exchanges. This culminates in the first real world transaction of bitcoins, where a user paid for a pizza for approximately ten thousand BTC.”

The infographic is full can be viewed below.

Stetson University also outlined certain areas of the infographic in their own words on their website. The University tackled significant events in bitcoin’s history, including the first time bitcoin reached parity with the United States Dollar and the Euro.

The reasearchers also pointed out the various problems that bitcoin has faced, and currently faces, in the “wild-west” landscape.

“Later that year, over three hundred and seventy-five dollars in bitcoins were stolen, and the first bitcoin conference was held in New York.”

“Since such events there have been numerous heists and larceny attempts on bitcoins from larger collectives. With the potential for scams such as Ponzi schemes, and unregulated practices still occurring every day, there are still some problems that surround the practical use of bitcoins.”

Stetson University thinks the future of Bitcoin is uncertain. Due to volatility, they believe investors will wait until the price evens out over time before trying their hand at the digital currency.

Did you find the infographic informative? Tell us in the comments below!