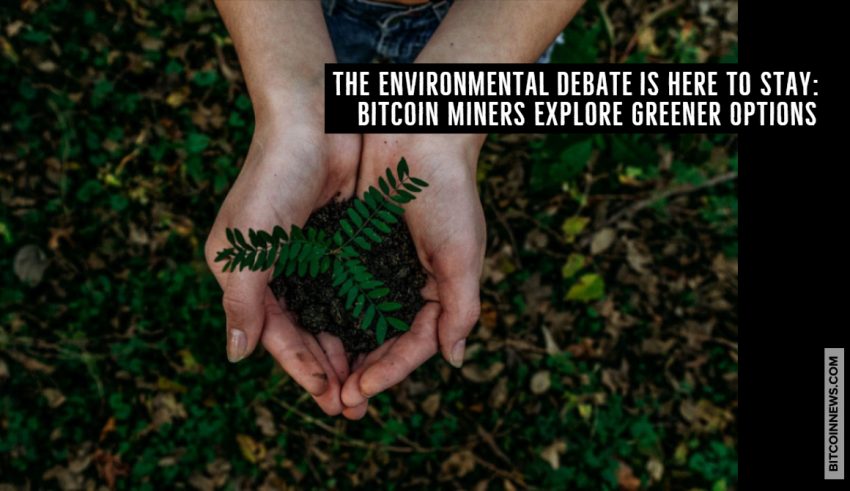 The power-hungry Bitcoin debate is back on again after the release of the latest research conducted by economist Alex De Vries; the last of which stirred the crypto community into a frenzy in late 2017. One year on, the cryptocurrency ecosystem in all of its forms has developed a far thicker skin.

To refresh the original argument posed by De Vries at about this time last year, the Dutch researcher concluded that Bitcoin mining used almost as much electricity as the entire Republic of Ireland; quite an assumption and quite a response, many of which were pretty unfavorable, to say the least. Many pointed out the similarity to concerns in the 1990s when some experts predicted that half of the US electrical grid would be needed to power the then-burgeoning internet, which was later proved to be highly exaggerated.

What then of De Vries’s latest report which has taken a step further now asserting that cryptocurrency is killing the planet? Is there truth in this? Without attempting to balance what cryptocurrency is giving back to the planet in terms of helping alleviate some of the world’s humanitarian issues, many of which have been covered by Bitcoin News over the past 12 months, it might be worth examining this latest De Vries assertion in more detail, on its merits.

Although no one knows for sure exactly how much energy is being consumed across the planet through crypto mining, De Vries has now pulled Switzerland’s total power supply out of a hat as a comparison. He goes on to maintain that that this approximated 62.3 terawatt-hours consumed through mining over the course of 2018 is moving the world closer to his killing the planet prediction.

Does he have a point? It is well known that Bitcoin mining clearly is not economically viable in its present guise and that changes must be made to drastically lower power consumption. The industry, the man in the street even, knows this. It has been well published elsewhere and no one is attempting the hide this fact. The industry, however, is attempting to reassess how mining is carried out, in a way which both protects the environment and reutilizes the energy created in the process of mining, albeit slowly. The willingness is there.

De Vries poses the problem as he sees it in his latest paper. Here are the numbers which, although give a nod to renewable energy as a possible next step to solving power over consumption, focus primarily on electronic waste caused by the current status quo:

In this paper, we find that the Bitcoin network, with an electrical energy footprint of 491.4 to 765.4kWh per transaction on average, is relatively much more energy-hungry than the traditional financial system. Even though it has been argued that renewable energy may help mitigate the environmental impact of this, we find that there exist fundamental challenges in uniting variable renewable energy production with the consistent demand of Bitcoin mining machines. Moreover, we find that the environmental impact of Bitcoin mining reaches beyond its energy use. Continuous increasing energy (cost) efficiency of newer iterations of mining devices ensures that older ones will inevitably be disposed on a regular basis. The resulting electronic waste generation could equal that of a small country like Luxembourg, with a staggering average footprint of four light bulbs worth of electronic waste per processed Bitcoin transaction. Bitcoin will therefore have to address its sustainability problem in another way. This may consist of replacing its mining mechanism with a greener alternative like Proof-of-Stake.

A Coinshares report conducted last year called on industry insider knowledge and data available to the general public in order to put together an estimate of exactly where the energy used by the miners originate from. The proposal is that 77.6% of worldwide Bitcoin mining is conducted through the use of renewable energy resources.

Even if these figures are refuted elsewhere, it is clear that the use of renewables and the recycling of energy created by mining is being explored both individually — using some bizarre and innovative methods — and at company-level, and also nationally. China, a massive mining nation, now has a major campaign which is aimed at drawing the country to supplying renewable energy such as solar.

The Chinese program, entitled “curtailment” is largely conducted in regions where most Bitcoin mining takes place. Last year China became the world’s highest producer of solar energy. This has resulted in a glut of power which regional grids in these newly labeled areas are simply unable to deal with. Iceland, Georgia, and the Northwestern US are also strong adherents to the use of renewable energy for Bitcoin mining. Projects are currently underway in the Sahara using a 900-megawatt wind farm south of Marrakesh, and in Japan using solar power through the Kumamoto Electric Power Company.

How can oil companies burning off unneeded natural gas supplies into the atmosphere be seen as viable? The releasing of unwanted gas must be viewed as an opportunity. In parts of the US, natural gas is so cheap companies pay to have gas that they can’t burn due to imposed federal limits simply hauled away. The use of gas to power mining rigs can be explored further.

To prove it can be done, one oilman turned Bitcoin supremo, is doing exactly that on a Canadian oilfield using a generator attached to a shipping container full of mining rigs which converts the natural gas to enough electricity to run the system 24 hours a day 7 days a week. The brains behind the system, Steven Barbour, believes that this transformation of otherwise wasted energy is running computers to provide “financial freedom for people all over the world”, and he has a point.

Energy normally used elsewhere in an environment can be saved and harnessed by reliance on that same energy created by the mining process. This is now becoming a much-used process, particularly at the individual user level and must present an option for large mining companies in the future. Heating is an obvious choice as mining is mainly conducted in cold climates in spaces that require air conditioning to stop equipment overheating. With both heat available for warming attached spaces and the saving of power on air conditioning, much energy can be saved by using the mining equipment as a source of energy. With imagination, the energy generated in the mining process can be employed, not only to heat space but to grow crops and provide hot water, and there are clearly other numerous uses for the unwanted energy.

Changes to the mining mechanism

“Ultimately, Bitcoin is just software,” says de Vries. “The mining mechanism can be replaced. The challenge is that the entire network needs to agree to this change.”

De Vries is referring to his argument that by changing the mechanism behind the mining of Bitcoin the digital currency’s energy consumption can be drastically cut. It this regard he is correct, as proven by the proof of stake system used by Dash and NXT which is not dependable on computing power and doesn’t require specialized hardware.

Other solutions are out there, such as the EBGLO mechanism which operates through data transmission and HETTARER, a technology which uses an electromagnetic sticker that gathers the elementary particles into a constitution state which then work together to neutralize the electromagnetic noise. This system can lower the frequency of electric devices by around 90%. The Data Transmission System works to increase the computing performance, increase the hash rate and allow miners to receive higher revenue compared to the regular process that involves only computers.