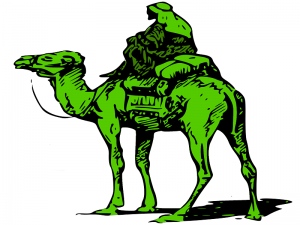 The end of an era has been reached. The final Silk Road bitcoin auction took place on Thursday, November 5th and unfortunately, the results couldn’t be more disappointing. Much like “Lost,” “Dexter” and “The X-Files,” this exciting series administered and organized by the US Marshals Service (USMS) has delivered a real flop for its finale, with a mere eleven participants placing bets and going through the motions. This marks the lowest number of bidders since the second auction that took place nearly a year ago in December of 2014.

As previously reported, Tim Draper did not take part in the event. Draper has yet to comment on his reasons for staying out of the limelight this time around.

The bidding process has been a mixed bag with each auction. The first one arguably drew the most participation (likely due to being the first), attracting almost 50 registered bidders and 63 individual bids. Interest in the auctions has waned over time, although the third auction, which took place last March, witnessed higher participation than its December predecessor, with 14 separate bidders placing over 30 bids. Despite what was pumped up to be a grand close to a steady year-and-a-half-long adventure, Thursday’s auction proved weaker than expected.

One thing is still unclear. Did the auction help with pumping bitcoin’s price? In a related story, after much excitement and joy over bitcoin’s ascension up the financial ladder, the price has finally hit a rough spot and dropped down to about $390.

Given the sudden drop and the lack of interest in the latest auction, it could be said at first glance that the event had little influence on the price increase and that China is still the main influence in this arena. However, when we delve a bit deeper, there is certainly evidence to suggest the opposite. First of all, registration for the auction took place right at the same time as when bitcoin’s price began spiking. Then, the price started declining, just as the auction came to a close. Could this be a coincidence? Perhaps we’ll never know, but considering that past auctions have influenced the digital currency’s price before, it’s not a far-fetched thought.

Transfers will be finalized on Monday, at which point the winners will likely be announced.

What are your thoughts on the final Silk Road auction? Post your comments below!

Images courtesy of US Marshals