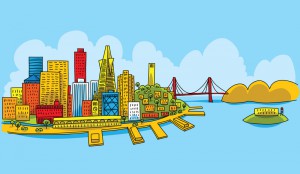 Decipher clues, explore the city, find Bitcoins – no this isn’t the next Nicolas Cage movie – a mystery donor by the name of  @SFHiddenBitcoin took to twitter today and transformed San Francisco into a gigantic interactive Bitcoin scavenger hunt. The “wallets” look like black credit cards with shiny letters and a QR code, a bitcoin address, and the hunt’s twitter handle. Each wallet reportedly contains 0.0333 bitcoin, or about $20. 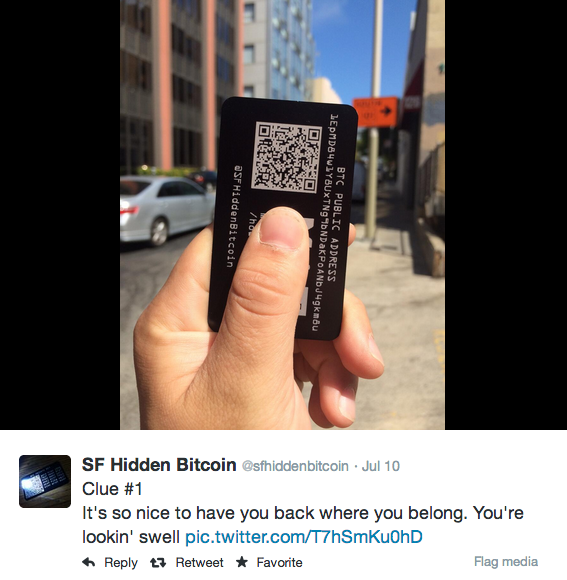 Several “Wallets” and tantalizing clues have been posted on Twitter and all throughout the city with some people having luck and finding the wallets. 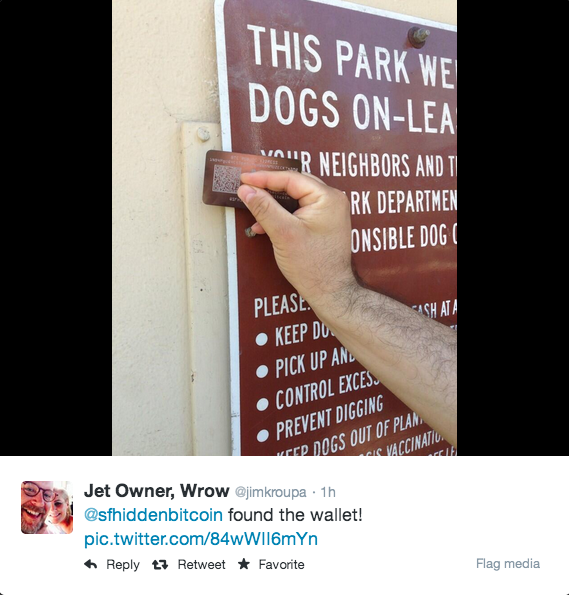 “Bringing bitcoins to the people by hiding them. An educational experiment”

@SFHiddenBitcoin reasoning behind the hunt (according to the twitter slogan) is to bring bitcoins to the people by hiding them. The profile claims the scavenger hunt will go on for a month, with a new wallet tucked away in a new location every day of July.

Currently  all of the cards have been located. Hopefully this hunt will expand to other major cities around the world to spur mainstream adoption.

For more info check out @sfhiddenbitcoin