This week saw the first reviews of the HTC Exodus 1 blockchain phone, as ‘Genesis Block’ pre-orders started to ship. However, threatening to steal HTC’s thunder came crypto-related trademark applications from Samsung, amid speculation features may arrive early next year.

So it’s finally here; 7 months on from its announcement in May, the first units of the HTC Exodus 1 have shipped. Throughout those 7 months, hyperbole has flowed, but actual detail has been scant; so what do we know now it has arrived?

Not an awful lot, as it turns out. A YouTube review by BitsBeTrippin, left more questions than answers, partly through a failure to connect the phone to a network. 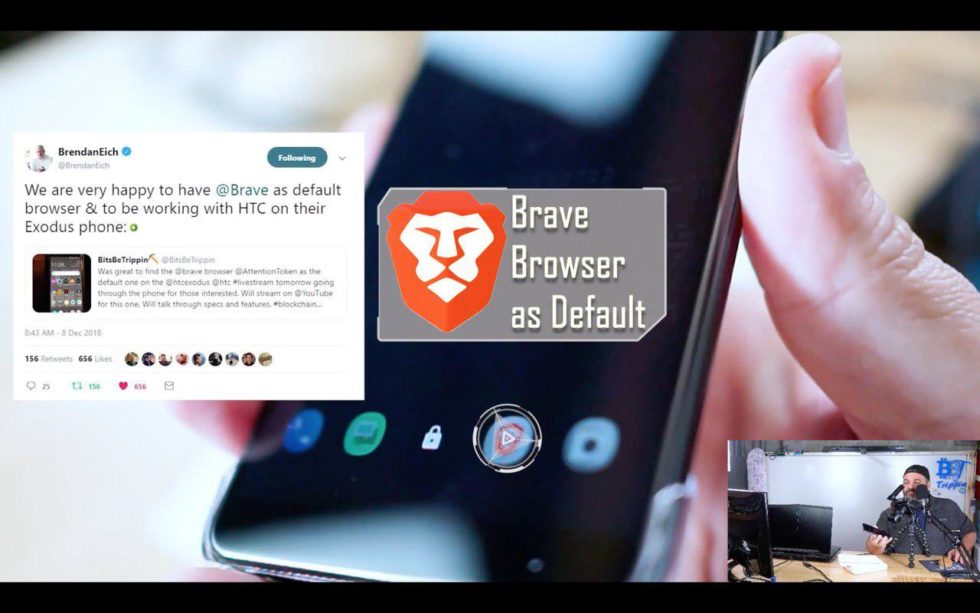 Running Android O, the phone still looks pretty cool though, with a translucent rear case exposing its innards. And the default web browser on the phone is Brave, which pays users in the form of a native BAT token [coin_price coin=basic-attention-token] for watching adverts.

The reviewer was unsure as to the phone’s claimed status as a node. Does the phone function as a ‘lite’ node on the Bitcoin, Ethereum, and (recently added) Litecoin networks?

Apparently not, according to a LifeHacker preview, which claims each phone is a node in HTC’s own blockchain network.

This likely allows users on the network to trade cryptocurrency with each little to no cost. The tradeoff, one would assume, is that the benefits of using the most secure blockchain in the world (Bitcoin) with its censorship-resistance, pseudonymity etc. are lost since transactions go through HTC’s own network. Though details about HTC’s blockchain are sparse – and frankly, I rather not have to trust HTC (or any other company for that matter) with my money.

Moreover, rather than a cold-storage solution, which would store private keys offline, the Exodus uses a Social Key Recovery system. You select up to five friends who each have a ‘shard’ of your key to unlock the private enclave. However if one of them loses access to their device, you are royally shafted.

In other words, you would probably be better off to just keep using your Bitcoin wallet app and/or store your funds off-line in a hardware wallet like a Ledger or Trezor.

So with the Exodus 1 prompting a rush for the emergency exit, it was left to Samsung to fulfill our wallet/phone hybrid desires. Samsung has filed three trademark applications in the EU, for Blockchain KeyStore, Blockchain Key Box, and Blockchain Core. Wonder what those could pertain to?

More digging by SamMobile revealed plans for a two-part crypto solution, comprising a cold wallet for storage and a hot wallet for transfers. Rumors suggest that these could even surface in the Galaxy S10, expected to launch sometime early next year.

Whether this materializes, and how successfully Samsung implements it, remains to be seen. We should also remember that the Exodus 1 is still very much a work in progress, and continued development should see improvements over time.

Would you get a wallet/smartphone hybrid device? Share your opinion below!