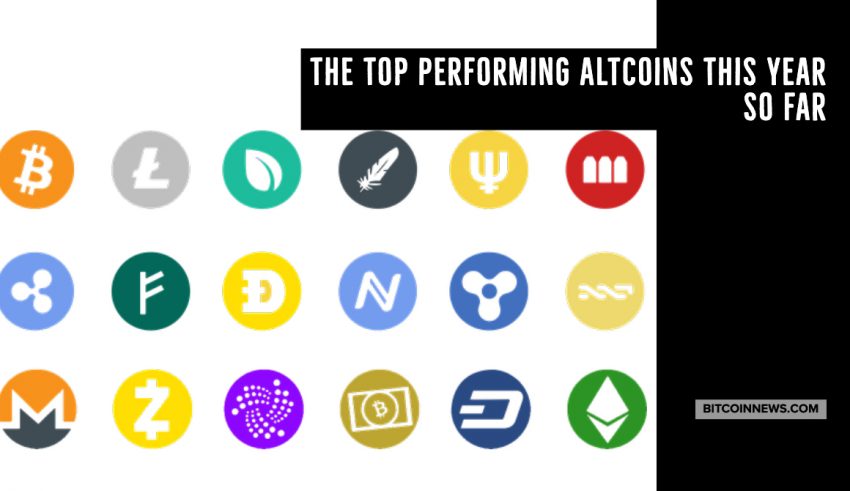 With the first quarter of 2019 gone, here is a look at the top performing altcoins so far this year, taking into consideration Bitcoin’s bullish strides in the last week or so:

Research from Weiss Crypto Rating shows these four altcoins have experienced the highest adoption rates in the last year, proving most sustainable throughout the predominantly bear market time period.

EOS transactions ranked top of the list, the volume increasing from 7,000 per day to about 4.6 million. Tron boasted an increase from around 3,000 to 1.9 million in this time, while BitShares boasted a gain totaling nearly 1.5 million. WAX, with the fourth largest transaction increase, claimed a total of 4.4 million.

Overall, the top 10 cryptocurrencies by transaction volume had an average daily volume increase of 245% within the last year. Weiss’s calculations were based on a seven-day moving average of daily figures.

The cryptocurrency market has finally made a rebound thanks to Bitcoin’s bull run, hitting highs not experienced in over a year. Taking with it many of the altcoins, here are the top performers from the top 100 by market cap:

If you have not heard of VestChain before, that is not surprising; it holds the 98th position on CoinMarketCap. However, since the most recent Bitcoin boom the project has been showing real potential, gaining a huge 95.02% in just the last few weeks

Unsurprisingly, Bitcoin’s recent performance has given investors renewed faith in Bitcoin Cash also, with the altcoin gaining 60% in the 24-hour market rally alone.

On top of the benefits brought from Bitcoin’s performance, IOST has been enjoying a pump triggered by the launch of its mainnet several weeks ago.

After a non-eventful start to the year, Dogecoin has turned it around, climbing over 60% thanks to the bullish market. Tesla founder Elon Musk has also thrown his support behind the token, describing it as ”pretty cool” and probably his favorite cryptocurrency.

Despite Bitcoin pulling up altcoin performance in the last few weeks, new research has shown that the prices are no longer as correlated as they once were. In 2018, 75 percent of the top 200 coins had a strong correlation with Bitcoin, something comparatively lower this year. This is a good thing for those with or looking to gain diversified portfolios as uncorrelated investments frequently cancel each other out.

This could affect the performance of altcoins throughout the year, with stronger projects likely to be able to make significant gains even if Bitcoin loses momentum.

The research notes, however, that correlations change with time so it is important to keep an eye on the ongoing market trends.

The post The Top Performing Altcoins This Year so Far appeared first on BitcoinNews.com.