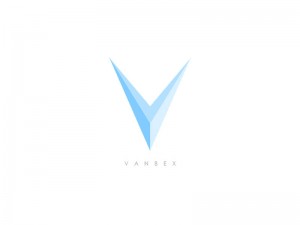 The Vanbex Report is a periodic summary of the blockchain industry’s top news stories from the biggest companies, as well as the most promising newcomers.

The ‘one currency to rule them all’ debate has existed ever since the first set of altcoins — Bitcoin alternatives — started appearing in the digital currency ecosystem. 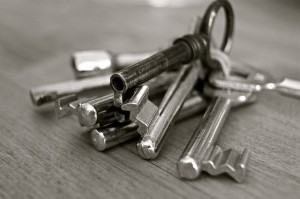 The typical argument ranges between the necessity, or not, to further decentralization through incorporation of altcoins. Bitcoin enthusiasts rely on the cryptocurrency’s infrastructure as the single most important reason why no other digital currency could rival it.

As the past week of news and headlines illustrates, banks and governments are pursuing, or have already pursued, their own digital currencies. If this doesn’t present a greater threat to Bitcoin’s existence or subsistence than anything else, it should.

Bank of Tokyo-Mitsubishi UFJ, Japan’s largest bank, revealed a couple of weeks ago that it was developing its own digital currency called MUFG-coin, which went on trial in fall. Attached to it will be a smartphone application also nearing its completed state.

Similarly, China’s central bank the People’s Bank of China (PBoC) revealed in late January it too is considering issuing its own digital currency, with no particular timeframe but specific wants and qualms (see news story below).

In addition, countries have exhibited the wherewithal to push ahead of the digital curve, in particular, Ecuador. The South American nation of over 15 million citizens pioneered the national adoption of digital dollars in December 2014.

As reported in TechTimes.com, the system is not complicated , “People can simply walk into participating banks and exchange their money for electric currency, which is storable on their smartphones. That currency can then be used to purchase goods or services.”

There are also whispers that Mexico may be developing its own digital currency, a digital peso. As well as the Phillipines’ and its discussed “e-Peso” to be used in online exchanges. Both are also rumoured to be used in conjunction with blockchain technology.

With financial sectors as well as administrations across the globe continuing to explore blockchain technology, the pursuit of a digital evolution in finance, commerce and more is on.

To anti-establishment folk this shouldn’t grate at the prospects for Bitcoin, but to those that hope the cryptocurrency will push into even greater mainstream use, these developments, especially in the wake of Bitcoin’s civil war, should be alarming.

Bitcoin currently sits atop the pyramid in terms of digital currency market cap at around USD$6.5 billion. In other words, one Bitcoin (BTC) is worth about $434 U.S.

Centralized efforts as seen in Ecuador and developing elsewhere around the world increasingly undermine the value of BTC as a legitimate currency, pushing it into the realm of commodities, to be traded like gold or iron (an argument which could also hold some sway under current conditions).

The underlying technology of Bitcoin, the use of a decentralized network that successfully achieves consensus without a central authority, i.e. the blockchain, must be held separate in value to Bitcoin as money.

Money is a medium of exchange to trade for goods and services; must hold some store of value. Volatility is duly problematic in a currency.

With governments developing their own currencies, what value will there be, besides black market use, to possess Bitcoin or any quantity of altcoins?

Presumably, payment for work, goods and services will all be conducted using the centrally regulated national digital currency. The desire, the need, to possess Bitcoin will diminish in the face of digital currencies that possess similar, if not identical, qualities.

Add to that the factor of a centralized, government-backed digital currency to afford a greater level of stability and trust, and it grows difficult to see ordinary citizens wishing to flock to the unregulated counterpart(s).

The worth of currency, like any other good or service, is predicated on the demand and pursuant supply. But demand is crucial to prescribing value.

At the moment there is no other currency that can match the value and infrastructure Bitcoin provides. It has value, as a currency, because you can buy goods and services discreetly, and as an investment capable of converting into “real” currency.

But this can all be rearranged, reordered.

If governments like China, Ecuador and others, move to provide the same convenience and security as Bitcoin affords digital users, and then tie it to widespread, government-approved use there would be little point to possess unregulated or “convertible” virtual currencies save for anonymity or for illicit purposes.

Currencies that are subject to volatility and with no economy, no government, and minimal regulation behind it will be a hard-sell if there are more trusted and secure alternatives.

This would likely contribute in reducing BTC’s value as a currency and perhaps as a commodity.

Further to even suggest Bitcoin as a widespread currency would mean deflating its value because of the current supply constraints placed on the currency. While money supply presents its own set of issues, the limited supply of Bitcoin does as well.

So the current divide in Bitcoin’s development must reach consensus because copycat governments can and are seemingly shifting the balance and discussion from the traditional to digital. In order to survive the Bitcoin community needs to come to an agreement.

The only certainty, invest in hardware wallets, because digital currency is coming, but just like driverless cars, the most popular make and model is yet to be seen, and Bitcoin could play a role, but that role needs to be defined, and quick.

Here were some top news stories from this past week:

PBoC not too enamoured with blockchain tech of today

The PBoC opened up on its initial January 20 announcement in an interview with Caixin Weekly last week.

However, Xiaochuan indicated that blockchains today consume “too many resources” in terms of computation and data storage not capable of handling desired transaction volumes, as reported by fintechlab.com.

“We need to wait and see whether this problem can be solved in the future,” Xiaochuan said.

The PBoC did acknowledge Bitcoin’s degree of privacy as something it wants to emulate in its digital currency.

No timeframe was given and assurances that paper-money will coexist with digital money for some time.

The American corporation seeks to bring “blockchain-as-a-service,” that is, the tools necessary to build, launch and manage blockchain application via its IBM Cloud service.

Blockchain applications remove the necessity of a centralized database, which essentially can be applied across multiple industries.

Successful industry-specific application however will still require experimentation and testing.

Microsoft is also in the business of offering blockchain-as-a-service with Azure.

The blockchain finds its way into schools.

The schools acquired research and funding deals with Citigroup, KPMG and CME Group.

Courses could start as early as later this year.

The Financial Cryptography and Data Security event is an international forum for research, advanced development, education, exploration, and debate regarding information assurance, with a specific focus on financial, economic and commercial transaction security. The event will be hosted at Accra Beach Hotel & Spa in Barbados from Feb 22-26, 2016.

A small group of leaders involved in blockchain technology —  developers, CEOs, investors early adopters — will meet Feb. 26 to 28 for a private retreat at undisclosed location in North America. It is limited to 60 members.

The Blockchain Conference will take place Mar. 7, 2016 in San Francisco at the Nasdaq Entrepreneurial Center and will feature a host of speakers including our own Lisa Cheng, CEO of Vanbex Group. The conferences promises attendees will “Hear first hand from the people that are creating the future” and to “Expect a day of inspiration, talks, panels, demos and plenty of time to engage with attendees and speakers.”

About The Vanbex Group

Formed in 2013, The Vanbex Group is a leading strategic consulting and communications firm working exclusively with early-stage and venture backed cryptocurrency and blockchain-related companies.