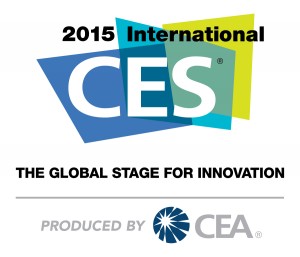 One of the largest technology events each and every year is CES, the Consumer Electronics Show. In 2015, the CES attendees will be treated to “The World of Bitcoin,” the largest and most complete showcase of Bitcoin at any major event to date. No less than ten major Bitcoin brands will be representing this powerful digital currency.

The World of Bitcoin will consist of a 2,000 square foot island on the CES showcase floor, with several different aspects of the Bitcoin ecosystem being represented. Whether it is learning more about creating and using your very first Bitcoin wallet, purchasing your first bitcoin through an exchange or seeing Bitcoin mining hardware in action, everything you need will be at your disposal.

The ten Bitcoin-related companies slated to be at CES collectively represent over $100,000,000 USD in venture capital funding. This amount of Bitcoin investment serves as an example of how far Bitcoin has come over the past few years. To help raise Bitcoin awareness at CES, these companies will offer exciting promotions, giveaways and announce new products during the World of Bitcoin event.

BitPay, one of the ten brands representing Bitcoin during CES 2015, recently debuted its NFC-enabled payment application at Money20/20, and plans to kick off CES with a number of equally exciting announcements.

With 170,000 technology enthusiasts attending CES each and every year, this event could push Bitcoin adoption and awareness to a whole new level. As Bitcoin redefines financial and commercial paradigms on a grand scale, it will be interesting to see how the CES attendees will react to The World of Bitcoin.

How do you feel about The World of Bitcoin at CES 2015? Will you be attending the event yourself, or do you know someone who will? Leave a comment down below!

The post The World of Bitcoin Showcase At CES 2015 appeared first on Bitcoinist.com.