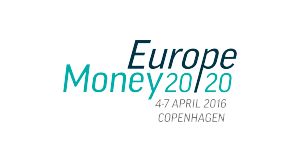 The World’s Largest FinTech and Payments event is coming to Europe! Book by Friday to pay the lowest price, saving over 40%. Use code: BITCN200 to save a further €200 and pay only €1695!

Money20/20 is the world’s largest Payments and Financial Services event and, to the delight of European FinTech companies, is coming to Copenhagen on 4th – 7th April for the first time. The regional team are working closely with companies across the entire payments ecosystem to make the event the best Payments and Fintech Conference in Europe. The event is evidently already ahead of what were originally considered ambitious expectations with 106 speakers, 41 sponsors and 66 media partners as of June 17th and growing fast. Known worldwide for being the home of announcements with exceptionally high numbers of C-level attendees, it’s expected this conference will make serious waves in the payment ecosystem. Tickets are expected to sell out.

They have recently confirmed three of the leading Bitcoin companies to speak Blockchain’s CEO and Co-Founder Peter Smith, Bitpay’s Co-Founder and Executive Chairman Tony Gallippi and Halsey Minor, the CEO and Founder of Bitreserve. The content coverage will seek to explore the relationships being created by established companies within the industry with the Bitcoin community, bringing to life the tangible benefits.

Are you attending? Let us know in the comments below!

The post The World’s Largest FinTech and Payments event is coming to Europe! appeared first on Bitcoinist.com.