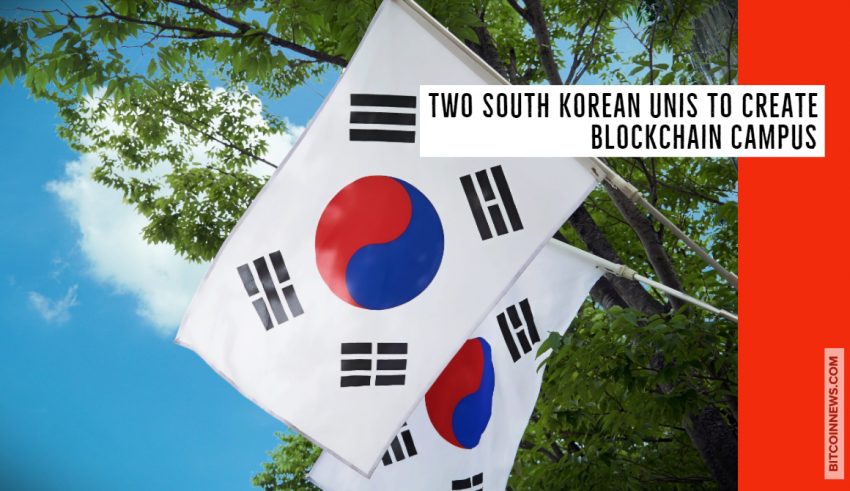 South Korea has never shied away from demonstrating its pro-cryptocurrency stance, and the latest industry project in the Asian powerhouse now sees two universities combining to create a blockchain campus.

The two institutions, Pohang University of Science and Technology (POSTECH) and Yonsei University, have plans to test out a combined campus later this which will also involve students from both universities.

The crypto space in South Korea is booming and has become world’s third-largest crypto market, but this is mainly company driven, as South Korean legislators have largely been reticent towards any kind of progressive moment in the industry. Cryptocurrency activity is mainly unregulated as the central bank and financial regulators refuse to recognize it as a currency or financial product.

However, moves such as this demonstrate South Korean educators’ drive towards forging ahead and simply letting the government catch up with legislation. The campus blockchain-based system is scheduled to aid blockchain research through the opening of a center, organizing curriculums, and establishing a connection with entrepreneurial programs.

Another by-product of the project run by POSTECH will be to create Engram, a blockchain-based group intelligence knowledge sharing system and also a voting survey system called Voting for students. A reward system will be introduced through a cryptocurrency called Neurons which can be used at university cafeterias.

The voting system will enable immutable recording of student history and student life and the new blockchain system will enable more effective student card and certificate issuance, and donation management. POSTECH president Kim Doh-yeon was clearly encouraged by the universities’ amalgamation to create a new campus devoted to blockchain research and development:

“The blockchain technology has innovative and destructive power to create a new concept industry. It is meaningful that POSTECH and Yonsei University jointly design the future of core technology and establish educational and research foundations for future talent to prepare for the technology.”

Last year, Ripple made a donation of over USD 50 million to universities as part of a project which promotes and disseminates blockchain and cryptocurrency across the globe. There are 17 universities currently beneficiaries to Ripple’s program. Korea University, another South Korean educational institution, was the only East Asian university on the list.