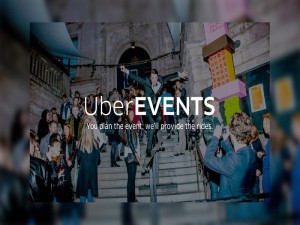 Uber is one of the most innovative companies as far as the concept of a sharing economy is concerned. Not only will the company allow anyone with a driver’s license to become a “cab driver” whenever they feel the need for it, but they continually look at ways to expand their services. UberEVENTS allows event organizers to pre-pay rides – to and from the venue – for their guests.

Also read: What Would Happen if Bitcoin Was Accepted Globally?

UberEVENTS – Taking Car Sharing To The Next Level

The state of New York is not exactly positioning itself as being open-minded to technological . As far as Bitcoin regulation goes, the New York area is taken a rather hostile and intrusive approach. But all of this isn’t keeping Uber from offering their new UberEVENTS service in this area, even though it will only be available to “select riders” for now.

The main goal of UberEVENTS is pretty straightforward: make the transit to and from event venues easier for [special] guests, by offering a prepaid ride service. While only available to a select for regular users, as well as Uber for Business members, the plan is to roll out UberEVENTS to everyone in New York state over the next few months.

What makes this new feature so interesting is how event organizers can schedule these rides well in advance, and even customize dates, times and promotion codes. Purchasing a ride with UberEVENTS can be done in the form of guest passes, which will then be delivered via email.

Once a guest has received their UberEVENTS guest pass electronically, it will include a code that needs to be entered in the Uber mobile application. Doing so will allow the user to request a ride to the event’s location, and get the party started as soon as they arrive. Everything is taken care of behind the scenes, with no hassle for the user. 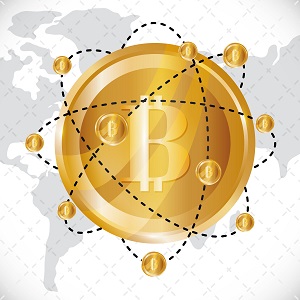 “When planning a company happy hour, client appreciation dinner, or even upcoming nuptials, there is a lot that goes into ensuring that your event goes off without a hitch—including how your guests can safely get to and from without any fuss. We want to make the experience of planning transportation logistics as seamless as ordering a ride at the touch of button.”

A Perfect Opportunity To Experiment With Bitcoin?

In recent months, there have been various media reports concerning Uber integrating Bitcoin. While the company keeps denying these reports, alternative services enabling Bitcoin payments for Uber rides have been surfacing online. UberEVENTS provides another excellent opportunity for the company to start using Bitcoin, or even blockchain technology.

The United States is home to many Bitcoin conferences, and guests have to get to these venues in time. If UberEVENTS wants to cater to this crowd as well, Bitcoin integration is a must. Plus, Uber has the option to use blockchain technology for this service as well, to keep track of drivers and guests, as well as issuing and storing guest passes.

What are your thoughts on UberEVENTS? Would you like to pay for this service with Bitcoin? Let us know in the comments below!