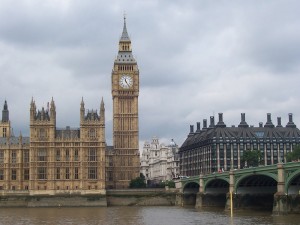 The UK government might be the next entity that starts using the Bitcoin blockchain for non-monetary purposes. Every day we see more news that makes us think, “Man… How many things can the blockchain do? What all is it good for?” With what appears to be constantly-growing capabilities, it’s no wonder the budding technology has so many advocates.

Also read: How the Blockchain may be the Future of Wall Street

Several businesses orient themselves around blockchain technology and swear by its safety, calling it the most secure platform in existence. In 2014, Business Insider released an article listing the top ten most promising blockchain businesses making headway through the digital currency realms, and it’s hard to disagree at first glance. Number three on the list is San Francisco-based Kraken, who earlier this year announced it would accept the bankruptcy claims of defunct exchange Mt. Gox, take over its fallen accounts, and offer free trade credits to former users.

BI also placed Coinbase and BitPay on the list. Coinbase is arguably the largest platform for customers to buy and sell bitcoin. The company is now expanding into Canada and Singapore. On the other hand, the majority of businesses accepting bitcoin do so through the aid of BitPay. Thus, it’s probably safe to say that these two financial entities deserved their spots on BI’s list.

Young and old, many out there swear by the blockchain and attest to what it can do. Now, is it possible that maybe the UK government itself is looking into the blockchain for record-keeping purposes?

The Government Digital Service, a branch of the UK Cabinet Office, explains in a blog post that it is currently exploring the blockchain and its potential use in managing, formatting, and ultimately improving the government’s multiple registers used in the organization of pertinent records. At this time, no solid decisions have been made, and the blog makes it clear that blockchain usage is merely being “examined.” Paul Downey, a technical architect, and a “doodling hacker living in Berkhamsted, England,” as his website states, mentioned:

“Technically we are aware of how protocols such as the blockchain demonstrate how proofs could be distributed, and certificate transparency demonstrates how to use distributed copies to highlight where a canonical source of truth has been tampered with, but these are only two of a number of different models for increasing the trust in integrity of record we’ve started to explore.”

Judging by these words, it will likely be some time before anything is officially decided. However, the blog post clearly acknowledged that the blockchain can take on the task, and the posting has stimulated support from the cryptocurrency community in the UK. A spokesman for the UK Digital Currency Association, for example, applauded the government’s willingness to look into bitcoin technology for its needs, saying that there is “no better way” to deliver a public register than through the blockchain. The spokesman continued to say:

“In the developing world, the blockchain is a necessity to regularize title and ownership, in the developed, it is all about efficiency and ease of access.”

Will the government eventually give in and fully admit to the blockchain’s capabilities? Or will it turn away and look for other means? Post your thoughts and comments below!