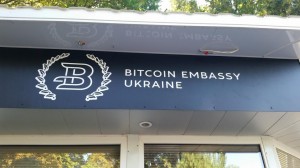 A Bitcoin embassy has opened for the first time in Kiev. It will be the ground for the growing Ukrainian Bitcoin community to hold their meetings and where it is scheduled to be the meeting point for the Bitcoin Foundation Ukraine. The embassy also has a shop with souvenirs dedicated to crypto currencies and a special terminal allowing anyone to buy Bitcoins.

Michael Chobanyanu the founding father of the embassy is an active bitcoin entrepreneur involved in various projects. 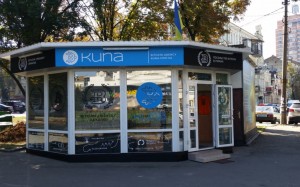 Last week he has concluded conversations with Qiwi, and within some weeks, Bitcoin can be bought in any Qiwi terminal. He was the founder of the first Bitcoin agency in Ukraine (KUNA) and he is actively directing the Ukranian Bitcoin Foundation; now he tells us that the Bitcoin Embassy represents another of his accomplished goals.

Michael stated that the sole purpose and main objective of the bitcoin embassy in Kiev was primarily, to be the acting grounds for the Ukrainian Bitcoin community have their meetings. Besides this, the bitcoin embassy’s mission is to educate and bring knowledge about digital currencies as well increment bitcoin adoption in Ukraine. In addition, the bitcoin embassy also has its own shop where visitors and community members can acquire a variety of souvenirs, books and equipment for crypto currency. The shop also has one bitcoin ATM where anyone can buy bitcoins. 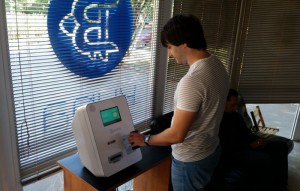 Michael is planning to open a bitcoin café when spring comes. Then, he wants to hold debates, educational sessions and plans to record video podcasts about Bitcoin, and other series of events. With this, he hopes to attract a new range of enthusiasts.
Michael said that the community is getting stronger, and that he was trying to have Qiwi terminal installed in various points throughout the country. He is confident that terminals will appear in all major Ukrainian cities, but he assures that before the end of the year there will be a dozen more coming out, however he still doesn’t know where they are going to be installed. Michael Chobanyanu said he was also very proud of one great achievement was also getting any point of sale sim card or places recharge mobile phones to exchange bitcoin and that arrangements with 2 more operators were on development.
Michael says he has everything planed and he counts with a strong support from the community to endure the Bitcoin Embassy mission. The most important Milestone has been reached and more lies ahead. He revealed that currently he’s main objective is to set the Qiwi terminals as fast as he can, but he has had some problems associated with Legislation:

“Terminals installed are supposed to be installed in all major cities, so that the possibility. But this prospect is closer to the New Year because we are dealing with many issues that have been delaying this process such as legislation terms.”

Michael states that currently the Ukranian Bitcoin Foundation is going through the stages of official registration as Public and governmental recognition and that the foundation was strongly committed in promoting laws and to initiate conversations with the key government agencies. 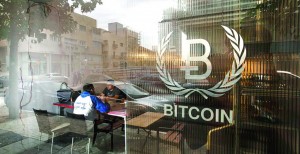 Since its opening the bitcoin embassy has been strongly supported sot only by the Ukranian Bitcoin community, but also by University students. Now Michael announces that he will be hosting them a series of seminars set for the September 26th conference.