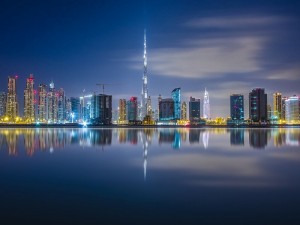 A recent breach of customer data at a UAE-based bank, which resulted in a Bitcoin ransom, represents a formidable hack that has exposed customer data. Some say it could be the largest in UAE history.

Sharjah bank suffered the hack on November 18. The hacker then held the sensitive customer data ransom, leaking the information on social media since the initial breach.

The hacker went by the moniker Hacker Buba and claims he won’t stop until bank staff pays him an undisclosed amount of bitcoins. Twitter suspended Hacker Buba’s account, but the following day he had a new account and uploaded account statements of 500 bank customers in one tweet as revenge.

Hacker Buba started by sending warning texts and emails to bank customers, stating their accounts were under his “control” and that they must pay him a ransom lest he release his bank statements online. He did so hours later. The bank confirmed the breach.

“Yes, there was a data breach and we have been contacted by Hacker Buba. He is asking for money but I cannot reveal how much. This is blackmail. We have reported the matter to UAE Central Bank. The Telecom Regulatory Authority’s (TRA) Computer Emergency Response Team (aeCERT) is investigating,” the bank’s chief financial and operating officer told XPRESS.

“We won’t give in to any extortion threat. In any case there has been no financial loss. All what this man has is some customer information and he’s trying to use it as a bargaining chip,” he stated further.

The hacker told an XPRESS journalist via Twitter that he is seeking $3 million dollars in bitcoins. He added that he has access to the entire bank database including back-up files from each one one of its servers. Hacker Buba is more sophisticated than the attackers of the Bitcoin websites.

“Hacker Buba’s Twitter location points to a county in Hungary, his previous posts are in Indonesian language while the SMS sent to customers were from a cellphone with a UK number,”  Hamed Diab, regional director MENA, Intel Security, told XPRESS.

The Hacker also tried to bribe the editor of XPRESS: “I give u 5 % from total I get. Have many banks from UAE, Qater, ksa and etc. Will work together,” he told the journalist in a direct message on twitter.

What do you think about this most recent hack? Let us know in the comments below!