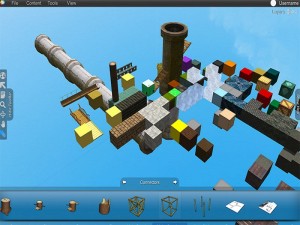 The digital currency ecosystem is about so much more than just enabling financial services to underbanked regions. Voxelus is a project that looks to unify digital currency with virtual reality, an area that has gotten a lot of mainstream media attention in recent times. Even though the Voxelus crowdsale has been quite successful so far, the team decided to extend the presale by 15 days to accommodate Bitcoin industry events.

Also read: Voxelus Will Be the First Virtual Reality Marketplace with Its Own Digital Currency

Voxelus Crowdsale Gets An Extension 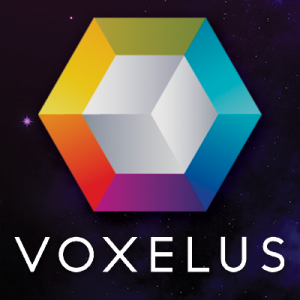 Spreading the word on Voxelus can be done in a multitude of ways, but the best way to do so is representing the project in person. This is why the team has decided to extend their crowdsale by 15 days, as they will be presenting the project during LaBitConf and Inside Bitcoins San Diego during that period.

At the time of publication, Voxelus had raised over 1,200 Bitcoin, worth [Bitcoin price changes notwithstanding] roughly US$438,000. As the project is touted as “the official coin of Virtual Reality”, there is a lot of interest in Voxelus and how they plan to shape the future of finance within the VR world.

Due to this crowdsale extension, the cutoff date will be December 19th at 9 AM PST. As a sign of goodwill, this extension will not lead to a reduction in the number of Voxels per BTC purchased, and the rate of 750 Voxel/1 Bitcoin will remain intact. Additionally, the discounts for larger orders will stay the same as they are right now.

Attendees of LaBitConf in Mexico and Inside Bitcoins in San Diego will have a chance to witness the Voxelus project with their own eyes. It is positive to see the Voxelus team taking the time to appear in person during both conferences, as word of mouth remains the best way to promote an upcoming project.

Thanks to the help of strategic partner ShapeShift.io, extending the Voxelus crowdsale will not be an issue. Truth be told, ShapeShift has been facilitating various crowdsales in recent months, including the Augur and Spells of Genesis campaigns. Both of these crowdsales have proven to be quite successful in their own right.

What sets the Voxelus crowdsale apart from most other projects is how their Voxel platform is already substantially complete. Wallets and internal mining pools are ready to be made available to the public, and there will be an initial Voxel distribution following the crowdsale.

It is also worth noting that, once the Voxelus crowdsale has ended, there will be no further amount of Voxels sold under the price of 650 Voxels per Bitcoin. This ensures a “platform” of safety for investors, as digital currency is usually known for volatile prices with lots of highs and lows.

What are your thoughts on extending the Voxelus crowdsale? Will you be attending LaBitConf or Inside Bitcoins San Diego? Let us know in the comments below!