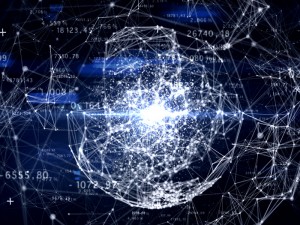 WatchMyBit is a service that allows artists to monetize their work in Bitcoin. The startup launched in 2014 has enabled filmmakers to distribute video content through their cryptocurrency platform. The video site will host its first full-length independent film and users can view the movie with the digital currency.

CEO of WatchMyBit Doug Scribner got into Bitcoin in the early days and has worked in the music and video industry for over 30 years. The award-winning writer and producer wanted to produce a platform where artists can be compensated for their work with every view. WatchMyBit allows users to pay-per-view with the virtual money and adds a new economic environment to the filmmaking industry. Scribner explains,

“Borders and boundaries are irrelevant to streaming videos and music, we believe payments to artists should be just as fast and free.” 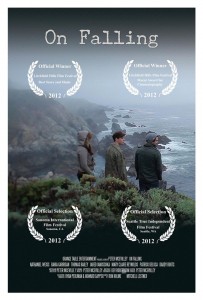 Filmmaker Peter McEvilley, with his award-winning film “On Falling,” will be uploaded for users via the “Bitcoin powered platform.” The full-length independent film will be viewable for 99 cents USD per watch — completely ad free. Typically, independent movies don’t make as much money as their mainstream counterparts do; he says, “The idea that my film could earn money on every view is just amazing. And that viewers don’t need a credit card or a bank is revolutionary.” The movie is about a group of 23-year-olds finding themselves on an unexpected road trip from Southern California to Big Sur to Sonoma. The movie recently had achieved two awards at the Litchfield Hills Film Festival: Best Music and Best Cinematography.

The WatchMyBit (WMB) team wants to make it easier for artists to collect content royalties in the face of large monopolies these days. Howard Sapper, the executive producer of the movie and co-founder of WMB believes their system is revolutionary to the way the industry handles films today. Sapper says, “The ability to instantly split incoming payments among artists, writers, management, distributors and even charities has never been possible before. With WatchMyBit, the savings in payment processing, bookkeeping, and legal fees alone are astonishing.” The co-founder feels that raising production funds and payment distribution can be much simpler with pay-per-view incentives. WMB says they are not just for filmmakers either, an array of content creators like musicians, Vloggers, and web series designers can monetize off of their videos using the system.

The movie On Falling can be seen at WMB here in its entirety, and a short trailer of the film can be viewed here. Filmmaker Peter McEvilley has started funding for his next movie that will be a short film accompanying his track, Analog. McEvilley says, “It’s much easier to get funding, because now, my backers will earn a percentage off every view, just like the lead actors. This gives everyone a huge incentive not just to make great art, but to share it with everyone they know.” With Bitcoin micropayment solutions, WMB is offering artists to do just that and fund projects easier within the cold industry landscape. As well as giving content creators the ability to monetize off their materials worth the platform is giving to a charitable cause. This film will offer a portion of every view to the Everbody Is A Star Foundation. 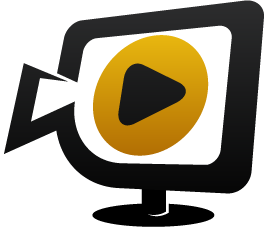 WatchMyBit’s co-founder Mark Hilgenberg made a special announcement to Bitcoinist. Thinker and strategist Brian Zisk is joining the founders as a co-owner of the company. Brian was a founder of The Green Witch Internet Radio, which was sold to CMGI, INC., and also published the events listing SanFranZiskGo!. Hilgenberg told Bitcoinist:

Thanks to our new partnership with music industry thinker, strategist, and connector Brian Zisk, we will be featured at the Future of Money and Tech Summit in December. We will be promoting our platform and we will have a Bitcoin ATM at our booth. Brian is excited to be a part of WMB because he knows that art not ads and bitcoin micropayments are the future of content delivery and WMB is leading the way.

Zisk is the creator of the San Francisco MusicTech Summit, and its website says it “brings together visionaries in the evolving music/business/technology ecosystem” Past SF MusicTech summits have had artists such as Incubus and Ben Folds speak at the event mixed with innovative technology. Bitcoinist will keep our readers informed about the summit as music, business and technology is just what we like around here!

Would you pay-per-view for streaming media? Let us know in the comments below?

Images courtesy of Pixbay and On Falling

The post WatchMyBit: The Bitcoin Pay-Per-View appeared first on Bitcoinist.com.