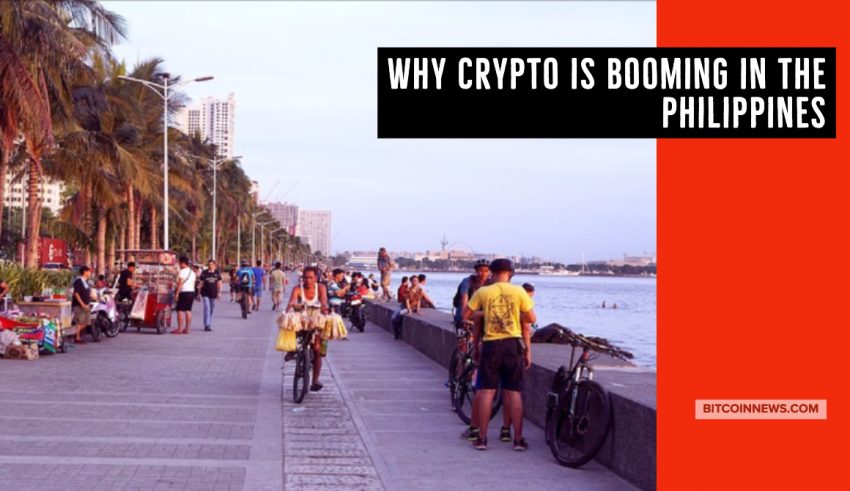 The Philippines is having a moment with cryptocurrency, which largely can be attributed to the country’s own political leadership.

A combination of the Filipino government and the central bank, the Bangko Sentral ng Pilipinas (BSP), have a lot to do with the growing pro-Bitcoin sentiment in the Asian country. Indeed, for the nation’s authorities, cryptocurrency may well prove to be a way to modernize digital payment systems, fitting in well with the schemes already established.

Data shows that Bitcoin’s trading volume on LocalBitcoins has increased significantly, with the predominant turning point back in December 2017 in the heat of the bull run. Trading volumes have continued to rise since then, showing a weak but definite correlation with the cryptocurrency’s price.

While transactions in the last few months have slowed down on LocalBitcoins, this is most likely because there are now more authorized cryptocurrency exchanges for Filipino’s to use.

Crypto fits in with the government’s fintech scheme

Providing a solid regulatory framework for cryptocurrency seems to be key for the Filipino government as part of its larger plan to modernize the nation’s digital payment systems. Governor of BSP, Benjamin Dioknoof, recently noted that the 2016 National Payment Systems Act “bolsters the central bank’s capacity to foster the efficiency of payment systems as pipelines of funds in the financial market.”

Vice president and senior credit officer with Moody’s Sovereign Risk Group in Singapore, Christian de Guzman, commented on the Filipino government’s approach towards cryptocurrency, saying that regulation efforts are part of a wider attempt to facilitate electronic payments. ”I think that’s a key point,” he added.

The number of regulated exchanges is growing

Last week the tenth cryptocurrency exchange in the Philippines was granted approval to operate by BSP. The most recent group of approved exchanges include Bexpress Inc., Coinvillel Phils Inc., and Aba Global Philippines Inc.

The itch to join in with the cryptocurrency action has been felt by the mainstream banking sector; one of the largest banks in the country, Union Bank of the Philippines (UBP), has even installed a Bitcoin ATM machine at one of its main branches, receiving permission from BSP to do so. All you need to use the machine is a UBP account and a Bitcoin wallet.

The post Why Crypto is Booming in the Philippines appeared first on BitcoinNews.com.