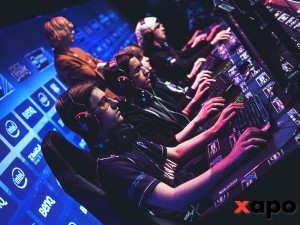 Ever since Bitcoin gained more mainstream attention, it has become clear that certain groups of people were naturally attracted to the idea behind the digital currency. One of those groups were gamers, as they were able to put their powerful GPUs to work mining bitcoin in the early days. And as we have seen over the past year so, video gaming and Bitcoin still seem to go hand in hand.

Bitcoin And Gamers: Two Peas in a Pod 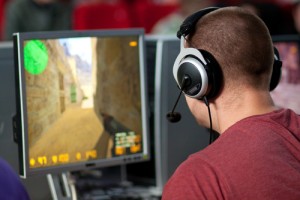 Most people still look competitive gaming as a niche market. In a way, they are right, since there are far more casual gamers compared to the number of players taking their games more seriously.

While Bitcoin is still trying to gain a foothold in the world of mobile games, advancements have been made in the “mainstream” gaming area. Thanks to ChangeTip and Twitch.tv partnering up late last year, we can now send bitcoin tips to players who livestream their gaming sessions on the Twitch. 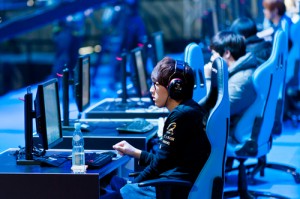 Xapo, a popular bitcoin debit card provider, has decided to take advantage of the natural attraction between bitcoin and gaming. The company has partnered with CEVO — a global eSports company — and Leet — a Bitcoin-based gaming service — in order to combine the best that bitcoin and gaming have to offer.

Due to this partnership, we will see a platform that offers a bitcoin-enabled competitive gaming experience to players already using the CEVO platform. Seeing how CEVO runs several competitive tournaments with lots of prize money up for grabs, this partnership could be a huge deal for bitcoin adoption around the world.

Now that CEVO users will be able to earn Bitcoin by playing the games and challenging friends, it will be interesting to see what kind of an impact digital currency will have in the world of competitive gaming. Popular games such as League of Legends, TF2 and Counterstrike could become the next big thing for in-game bitcoin transactions.

Leet offers a similar service to CEVO, hostimg games and tournaments — allowing players to win a monetary prize. Winnings can be withdrawn to a Xapo wallet, where they will be stored as a bitcoin balance. Leet takes a 2% fee on League of Legends earnings. 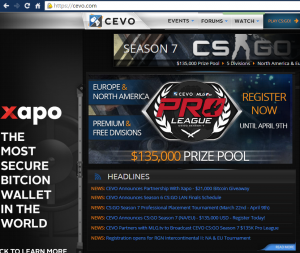 It is no secret that Bitcoin could become a major player in the world of in-game transactions, due to its very low fees on micropayments. Xapo has dedicated a lot of resources to figuring out how bitcoin could improve in-game engagement, a mystery that no Bitcoin-related company had been able to solve just yet. In order to help game developers on their way, Xapo has rolled out new APIs dedicated to building in-game functionality for Bitcoin.

What do  you think about Xapo’s partnerships with CEVO and Leet? Let us know in the comments below!